To share your memory on the wall of Shirley TerHaar, sign in using one of the following options:

Provide comfort for the family of Shirley TerHaar with a meaningful gesture of sympathy.

Shirley Yvonne (Mack) TerHaar passed away peacefully in her home
August 11, 2019. Shirley lived for her family; infused into every facet of her
kids and grandkids’ lives; determined not to miss a thing.

She lived her entire life in Holland, MI; close to her family.
Living her life pretty simply; a no-nonsense kind of woman.
She didn’t like to deal with the details, many times finishing her sentences
with “and so on, and so forth”. In her mind, why bother with the details...when the only thing that really mattered…..was family.

She was a longtime member of The Star of Bethlehem; and a member of the
congregation of The Lady of the Lake in her later years.

Shirley suffered two great personal losses in her lifetime. The accidental death’s of her young first born son Michael Foster Schut; and many years later, the death of her grandson Zachary Paul TerHaar. Again, family was her everything.

In lieu of flowers, memorial contributions may be given in her name to Hospice of Grand Rapids, 625 Kenmoor Ave. Suite 115, Grand Rapids,49546

A private gathering for family and close friends to celebrate her life and
remember, is being planned for a later date.
Read Less

We encourage you to share your most beloved memories of Shirley here, so that the family and other loved ones can always see it. You can upload cherished photographs, or share your favorite stories, and can even comment on those shared by others. 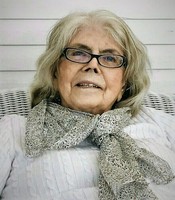