To share your memory on the wall of Rafael Cabrera, sign in using one of the following options:

The family will receive friends at Chappell Funeral Home on Wednesday, November 20, 2019 from 10:00 AM to 12:00 PM. A funeral service at the funeral home will begin at 12:00 PM. Burial will follow in Pearl Cemetery. Memorial contributions may be directed to the Cabrera Family.
Read Less

To send flowers to the family or plant a tree in memory of Rafael Cabrera, please visit our Heartfelt Sympathies Store.

Receive notifications about information and event scheduling for Rafael

We encourage you to share your most beloved memories of Rafael here, so that the family and other loved ones can always see it. You can upload cherished photographs, or share your favorite stories, and can even comment on those shared by others.

Posted Nov 20, 2019 at 09:58am
Our deepest condolences from your Great Lakes Taekwondo family.

Posted Nov 19, 2019 at 01:37pm
Our most heartfelt sympathies for your loss. Our thoughts are with you and your family during this difficult time.

Flowers were purchased for the family of Rafael Cabrera. Send Flowers

Posted Nov 19, 2019 at 10:29am
Nice guy but a better friend. See ya at sundown be looking for your horse. Miguel Turner
Comment Share
Share via:
HS

Flowers were purchased for the family of Rafael Cabrera. Send Flowers 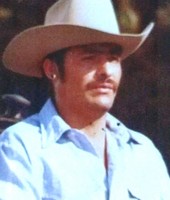