To share your memory on the wall of Dorothy Scott, sign in using one of the following options:

Along with her parents and her husband, she was preceded in death by her daughter, Patricia Jackson; son, Michael Scott; brother, Donald Spencer; and sister, Barbara Bridges.

Contributions in Mrs. Scott's memory may be made to Casco United Methodist Church or Wings of Hope Hospice.

The family will receive friends at Casco United Methodist Church on Friday, July 26, 2019 from 11:00 AM until 12:00 PM at which time a memorial service will begin.
Read Less

To send flowers to the family or plant a tree in memory of Dorothy Irene Scott (Spencer), please visit our Heartfelt Sympathies Store.

Receive notifications about information and event scheduling for Dorothy

We encourage you to share your most beloved memories of Dorothy here, so that the family and other loved ones can always see it. You can upload cherished photographs, or share your favorite stories, and can even comment on those shared by others.

Cleo & Judy Andrus & Mary Dennis, The Jackson, Koenig & Tomson Great Grandkids, and other have sent flowers to the family of Dorothy Irene Scott (Spencer).
Show you care by sending flowers

Posted Aug 06, 2019 at 11:21pm
She was a very sweet loving grandmother to my friends Kenny Terrance and carri cook

Medium Dish Garden was purchased for the family of Dorothy Scott. Send Flowers 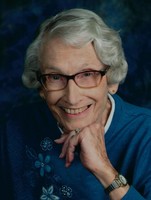