To share your memory on the wall of Ross Alexander, sign in using one of the following options:

Ross was loved and respected by everyone who knew him. He loved the community of Fennville and always strived to make this community the best place to live. He served twice on the Fennville City Council, although he never actually ran for office. He served on the Holland Hospital Board for 8 years, part of which he served as President. He was an avid gardener and golfer. He enjoyed reading books, playing cards and listening to his jazz music real loud. Most of all he enjoyed spending time with family and friends. His friends and family would all agree that we valued the advice he gave, whether it be on how to improve a golf swing, what book to read next or advice on life in general. He always seemed to have exactly the right thing to say.

To send flowers to the family or plant a tree in memory of Ross C. Alexander, please visit our Heartfelt Sympathies Store.

Receive notifications about information and event scheduling for Ross

We encourage you to share your most beloved memories of Ross here, so that the family and other loved ones can always see it. You can upload cherished photographs, or share your favorite stories, and can even comment on those shared by others.

Posted Jul 23, 2019 at 03:23pm
When we lost our daughter your family was there to support us in anyway possible. We are deeply sadden my your loss and will keep you and your's in our hearts and prayers.
Bob & Jackie DeZwaan
Comment Share
Share via:

Posted Jul 10, 2019 at 04:17pm
I had the pleasure of serving the Alexander family at the Blue Goose Cafe for several years. Ross was always kind and had a big smile to share with everyone. He loved food and his family. Over the years we had several conversations. He told me several times that he thought I was perfect, except for that habit of smoking, I knew he just looking out for me because he cared. I will miss him!

Posted Jul 09, 2019 at 04:48pm
Ross was always a mentor to me one of the reasons I chose his profession as my own.
His words to me were always ones of honesty and encouragement. A true gentleman and great ambassador for Fennville
RIP my friend
Comment Share
Share via:

Courtney what a beautiful tribute to your dad. He was a great man and leader inthis community. His influence and presence will be greatly missed. 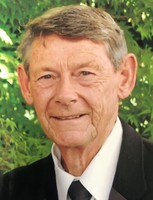