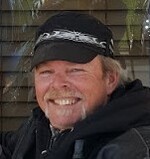 Paul Scott Weber, 71 of Fennville, Michigan loved his Lord Jesus and is now resting with Him in heaven after passing away on Wednesday, December 2, 2020 at his home with his loving wife by his side. Born October 30, 1949 in Chicago, Illinois, he was the son of the late Henry “Scotty” and Grace (Hollst) Weber and the husband of Rebecca (Wallace) Weber. Always willing to give back, Paul was an Army veteran who served two years in Vietnam for his country. Paul started working at Thermotron in 1972 in the electrical department and quickly moved up the ladder to Service Engineer. He enjoyed the great outdoors, whether he was riding his Harley Davidson Road King or hunting and fishing. Activities like these made Paul feel free and gave him a chance to reflect on all the beauty that the Lord provided in his life. The gift of his family was the greatest. His love for them was like no other and he cherished their time together and the memories that they made.

He was preceded in death by his parents, Henry “Scotty” and Grace Weber.

Per his wishes, cremation has taken place. A celebration of Paul’s life will be held in the spring.