To share your memory on the wall of Norman Bellenger, sign in using one of the following options:

To send flowers to the family or plant a tree in memory of Norman Wayne Bellenger, please visit our Heartfelt Sympathies Store.

Receive notifications about information and event scheduling for Norman

We encourage you to share your most beloved memories of Norman here, so that the family and other loved ones can always see it. You can upload cherished photographs, or share your favorite stories, and can even comment on those shared by others.

- and Dave & Zann Duff sent flowers to the family of Norman Wayne Bellenger.
Show you care by sending flowers

Posted Feb 23, 2020 at 05:03pm
Norm was so much fun was a big circle track fan! Always happy go lucky! Thank you for all the fun times we had in Florida! Heaven has gained amazing angel! Love Carol W
Comment Share
Share via:
JW

- purchased the Blooming Garden Basket for the family of Norman Bellenger. Send Flowers

Posted Feb 20, 2020 at 06:47am
Please accept our most heartfelt sympathies for your loss... Our thoughts are with you and your family during this difficult time.

Posted Feb 19, 2020 at 07:53pm
I loved Norm, he was always so friendly. One time a few years back I was at Terry’s grave planting flowers and he was there visiting his family graves , he came over to say hello to me , and we wound up walking thru the whole graveyard together he was filling me in on a lot of history of who was related to who . I really enjoyed our time. He talked a lot ..😊 but it was nice .
Comment Share
Share via: 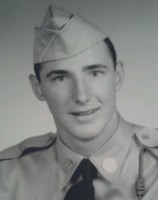