To share your memory on the wall of Leo Banaszak III, sign in using one of the following options:

Leo graduated from Fennville High School, Class of 1975 and then proceeded to enter the workforce. He was a very hard worker and spent his years in a variety of occupations to provide for his family which include but not limited to a Butcher at vanHardzveld’s in Fennville, an Auto Mechanic, a Furnace Tender at Western Foundry, Maintenance Machinist at Magna- Donnelly and Challenge Manufacturing. When Leo was not working, he could easily be found splitting wood for his family or helping a friend in need, heading to the New Richmond Bridge to fish with his kids or grandkids, or deer hunting with his dad, brothers, son, or best buddies! All of these adventures began with a stop to “The Little Store”, his favorite spots in Pullman, the gas station or one of the many local restaurants depending on what the plan was for the day.

Leo’s greatest love was for his family. As his children grew and later started families of their own, all the locals would be updated on the happenings of his beloved family. His generosity, kindness, and compassion for others was freely given therefore, Leo knew no stranger. His children frequently had the experience of being stopped by one of his old buddies on the sidewalk or while shopping, simply because they wanted them to know they knew their dad.

Leo was preceded in death by his grandparents on his Father's side, Leo Henry and Cecelia ( Ogradowicz) Banaszak, and on his Mother’s side, Marian Minné and Aschille (Lorraine) Minné.

In Loving Memory of their cherished son, brother, dad and grandpa, the family will receive extended family and friends on Saturday, September 19th from 1:00 to 3:00 PM for a casual gathering with light refreshments, to be held at Corner Bible Church located at 4001 124th Ave.(M-89 and M-40) Allegan MI 49010.

A graveside service will take place at a later date with immediate family only at Taylor Cemetery in
Ganges Township. In lieu of flowers, Memorial Donations may be made to the family in care of Kristen
Nonhof.
Read Less

To send flowers to the family or plant a tree in memory of Leo Henry Banaszak III, please visit our Heartfelt Sympathies Store.

Receive notifications about information and event scheduling for Leo

We encourage you to share your most beloved memories of Leo here, so that the family and other loved ones can always see it. You can upload cherished photographs, or share your favorite stories, and can even comment on those shared by others.

The entire staff of Antkoviak & Antkoviak, P.C. and Terry and Alicia Jeffrey sent flowers to the family of Leo Henry Banaszak III.
Show you care by sending flowers

Posted Sep 18, 2020 at 11:20am
Please accept our most heartfelt sympathies for your loss... Our thoughts are with you and your family during this difficult time.

The entire staff of Antkoviak & Antkoviak, P.C. purchased the Vivid Recollections for the family of Leo Banaszak III. Send Flowers 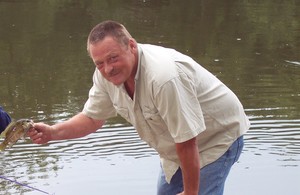 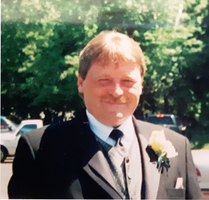