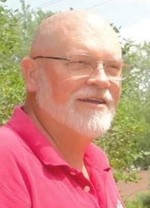 Lawrence Rufus Monique, Jr., 70 of Fennville, Michigan, passed away Wednesday, July 17, 2019 surrounded by his family. Born February 19, 1949 in Douglas, Michigan, he was the son of the late Lawrence and Viola (Austin) Monique Sr. Lawrence, known to most as Larry, loved to bowl. He spent 50 years of his life serving as the Greater Holland Bowling Association league secretary and 24 years as Association Vice President. Larry participated in 54 Michigan State Bowling Tournaments. Larry also served as the Fennville Fire Chief for many years. When he wasn’t bowling, you would find him enjoying some of his other pastimes such as golf, hunting, or fishing. Larry liked to stay active and enjoy the outdoors as much as possible. Though he kept himself busy, he was never too busy to spend time with his family and make sure that they knew just how much they were loved.

To honor the memory of Larry, a Celebration of Life will be held on August 16, 2019 from 5:00 PM to 7:00 PM at the Fennville Fire Hall, 599 W. Fennville St., Fennville. Memorial donations may be made in Larry’s name to the Greater Holland Bowling Association, Bruce Bruursema Scholarship Fund, PO Box 2444, Holland, MI 49422.