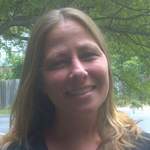 Jenny Lynn Von Ins, 40, unexpectedly passed away Tuesday, September 3, 2019 at her home. Born July 11, 1979 in Tacoma, WA, she was the daughter of the late Martin Urs and Kathy Jo (Streur) Von Ins. Jenny, or “Tink” as she was affectionately known by many, had lived and worked in the Saugatuck-Douglas area for the better part of the past ten years. She was proud to have been one of the first female brewers in the Saugatuck area. Jenny had also worked in the healthcare industry and at the Blue Star Hotel. Her greatest joy, however, came from being the mother of her two wonderful sons.

Jenny is survived by her sons, Branden Turner and Bradlee Von Ins; a brother, James Von Ins; half-brother, Steven Zych; and aunts, Jenny ONeal Kommit (VonIns) and Linda Von Ins Shields. Along with her parents, she was preceded in death by her infant sister Sonia, her brother Robert James Von Ins and both maternal and paternal grandparents.

The family will gather to greet friends and celebrate Jenny’s life at Chappell Funeral Home on Sunday, September 8, 2019 from 5:00 PM to 8:00 PM. In accordance with her wishes, cremation has taken place. Donations for the funeral expenses are greatly appreciated.