To share your memory on the wall of Jean Rayko, sign in using one of the following options:

Jean was born in Chicago, IL, on September 17, 1931, and was the only child of the late Josep... Read More
Jean C. Rayko, 88, of Fennville, MI, passed away peacefully on November 17, 2019 at Grace of Douglas Assisted Living Facility in Douglas, MI.

Jean was born in Chicago, IL, on September 17, 1931, and was the only child of the late Joseph F. Hill and Blanche Hill. She grew up in Chicago, enjoying an active life that included family, boat trips on Lake Michigan, and sports. As a teenager she was involved in the sports programs of the Chicago Park District, where her volleyball team captured the city championships for several years in the 1940’s.

Jean met her husband of 53 years, Matthew R. Rayko of Chicago, IL, and they wed in 1951. That same year the Army took Matt to Orleans, France, where Jean joined him and lived, until his discharge in 1953. They settled in Chicago, raising three children. Jean worked part-time for years for the National Tea Co., while her husband became a career Chicago Firefighter.

In 1980, Jean moved to Fennville, MI, later joined by her husband, to care for her aging mother. Jean became active in the community, and joined theater, arts, and garden groups, where she volunteered her time and energy. Jean and Matt also loved Civil War history, and became members of the Civil War Preservation Trust, traveling to battlefields and re-enactments. Jean loved to spend time with her children and grandchildren, encouraging them in their dreams and endeavors. For several years she volunteered her time to mentor students at Douglas Elementary School. But she will be best remembered for her generous heart when it came to animals. She rescued and adopted feral cats and dogs who came to her door, as well as feeding the birds, squirrels, and racoons.

The family would like to thank the staff of Grace of Douglas, Douglas, MI, for their loving and compassionate care of Jean in the last year of her life. You made all the difference.

Jean was preceded in death by her husband Matthew, and her parents.

A second celebration of Jean’s life will be held in Chicago, IL, in the spring.

In lieu of flowers, memorial contributions may be made in Jean’s memory to Koby’s Promise, Inc, P.O. Box 375, Saugatuck, MI 49453 or online at www.kobyspromise.org.
Read Less

We encourage you to share your most beloved memories of Jean here, so that the family and other loved ones can always see it. You can upload cherished photographs, or share your favorite stories, and can even comment on those shared by others.

Michael Schaffrath purchased flowers and planted a memorial tree for the family of Jean Rayko.

Robert Loh purchased flowers for the family of Jean Rayko.

Barb and Michael Doering purchased the Vivid Recollections for the family of Jean Rayko. 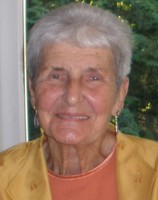 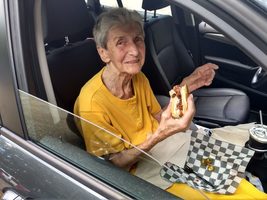 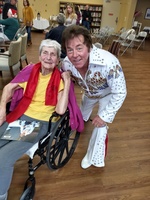 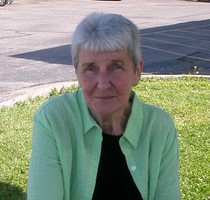