To share your memory on the wall of Jackie Cleary, sign in using one of the following options:

Along with her parents, Charlotte, and Wally she was preceded in death recently by her daughter, Amber Williams; her sister, Cindy Petty; her longtime companion, James Willis, Sr.; and her late husband, Wesley Cleary.

In accordance with recent regulations, a public Celebration of Life will be planned for a later date. Those who wish to pay their respects may visit Gorden Funeral Residence, 528 Trowbridge Street, Allegan on Sunday, May 17, 2020 between the hours of 1:30 PM and 5:00 PM. It had been Jackie’s hope that one day she would be able to help in the fight against ovarian cancer, which took her sister far too young. In that spirit, the family suggests memorial donations to the Ovarian Cancer Research Alliance, 14 Pennsylvania Avenue, Suite 2110, New York, NY 10122 in lieu of flowers.
Read Less

To send flowers to the family or plant a tree in memory of Jackie Elizabeth Cleary (Berry), please visit our Heartfelt Sympathies Store.

Receive notifications about information and event scheduling for Jackie

We encourage you to share your most beloved memories of Jackie here, so that the family and other loved ones can always see it. You can upload cherished photographs, or share your favorite stories, and can even comment on those shared by others.

Posted May 08, 2020 at 07:07pm
Jayme, Mahala, and family- I'm so sorry for your loss! My thoughts and prayers are with you today and always!
Comment Share
Share via: 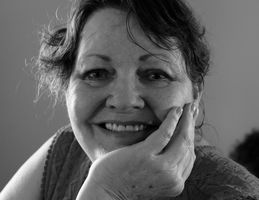