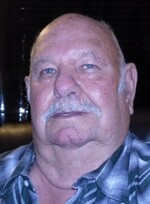 Howard Vernon Knight of Fennville, Michigan passed away at home, with his two daughters by his side, on January 5, 2021. He was 85 years old. Howard was born on February 3, 1935 in Bald Knob, Arkansas to Harold and Nellie (Lacy) Knight. He moved to Michigan with his parents and sister, Geneva, at the age of five. He married Jacqueline (Stewart) Knight on March 7, 1953. They were married for 62 years and had four children: Karen (Bill) Clark, Howard R. Knight, Sharon (Joe) Lopez, and Vernie Knight. Howard was a beloved grandpa with 11 grandchildren: Cammi (Dan) Cnossen, Kolene (Michael) Miller, Kristin (Josh) Wise, Courtney (Doug) Samuels, Kayli (Andrew) Stanley, Karrah Lopez, Crystal (Shawn) Brown, Joey Lopez (Stephany Balderas), Jason Knight, Matt Knight (Renea Spooner), and Ann (Joe) Schut. He also had 26 great grandchildren and four great-great grandchildren. He is preceded in death by his wife Jacqueline, sons Howard and Vernie, sister and brother-in-law Geneva and Don Sova, and great-grandson Christopher Alsip Knight.

Howard was a truck driver for over 40 years and loved trucking across the country. He was also a man of many hobbies. He enjoyed flying hobby planes and drones, fishing, tinkering with tech gadgets, going for cruises of the countryside in his convertible, fish-fry dinners and pancake breakfasts, country music (the louder the better), attending sporting events for his grandchildren, playing cards, and being with family and friends. Howard was a snowbird who much enjoyed winters in Florida with Jacqueline and his many friends at their mobile home community. He greeted all who came to visit with a “Howdy, howdy,” in his southern drawl and loved putting a smile on the faces of the many who stopped by. Howard will be remembered for his joy in humor, giving out nicknames to his grandchildren, and as a spitfire until the very end. He will be deeply missed by his family, but solace is taken in him rejoining his heavenly family.

The family would like to extend a heartfelt thank you to his caregiver Marian Forrest. Without her support and care Howard would not have been able to remain at home until he passed. They also want to thank Grace Hospice of Grand Rapids, especially his caregiver, Denise.

A visitation will be held at Chappell Funeral Home on Friday, January 8, 2021 from 2 to 4 p.m. Due to COVID restrictions, visitors will be limited to 25 inside the funeral home at a time. Masks must be worn during the visitation. A private, family only graveside service will be held on Monday, January 11, 2021.