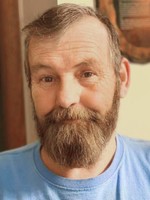 Harold Jay Hicks, 64 of Fennville, Michigan, passed away peacefully at his home on Monday, April 6, 2020. Born July 6, 1955 in Douglas, Michigan, he was the son of the late John and Betty (Hinman) Hicks and the loving husband of Deana (Dalton) Hicks. Harold was the youngest of 13, known by his sisters as “Baby Jay.” He brought life and laughter into their lives. Harold was a hard worker, retiring from Donnelly Corporation in Holland. He loved his Coke and had a passion for collecting Coca-Cola memorabilia. In his free time, one would find Harold woodworking. He was a jack of all trades and was always eager to help anyone in need. One of his favorite sentiments was, “be good or be good at it.”

Along with his parents, John and Betty, he was preceded in death by his daughter, Michelle Hicks; one granddaughter, Myra Chloe Jimenez; and six siblings, RC Hicks, John Wayne Hicks, Perry Hicks, Joyce Moore, Ora Jean Shirley and Bonnie Holtsclaw.

A Celebration of Life will be held at a later date. Please follow our website (www.chappellfuneralhome.com) to learn when a date has been determined.