To share your memory on the wall of Greta DeYoung, sign in using one of the following options:

Gret’s roots were in Holland, Michigan. She was born on August 31, 1938, to Henry and Elizabeth Masselink in Holland. Her father was a dentist and her mother was a secretary and professional chur... Read More
Greta DeYoung died on April 14, 2020.

Gret’s roots were in Holland, Michigan. She was born on August 31, 1938, to Henry and Elizabeth Masselink in Holland. Her father was a dentist and her mother was a secretary and professional church organist. Gret was a 1956 graduate of Holland High School and stayed in touch in various ways with many of her classmates over the years. Her school friends will remember her as someone who loved to party! She played the accordion and was a Dutch dancer. In her early adult years, she worked at the soda bar at Model Drug, waited tables at the Wooden Shoe, worked in the payroll department at Holland Furnace, and was a secretary at Bradford Paper Company and Vandenberg Buick in Holland.

In 1958, Gret married Ward (Judd) DeYoung. She and Judd moved to Watervliet, Michigan, in 1962, and owned and operated Watervliet Rexall Pharmacy for 25 years. After raising their children and selling the drugstore, Gret was into real estate investments and assisted the Watervliet Township clerk. She was active in the MECCA women’s club in Watervliet. Judd and Gret moved from Watervliet to Casco Township, Michigan, in 1993. After living in Casco Township for over twenty years, they returned to Gret’s roots in Holland, Michigan, in 2015. They retained their ties to Casco by being longtime members of Casco United Methodist Church.

Throughout Gret’s life she always found ways to keep having fun and get the most out of life. She had a “green thumb” and enjoyed gardening. She had a great eye for design and color, and she had a knack for flower arranging. She loved wilderness camping, especially at Chicago Lake in Michigan’s Upper Peninsula, and camping at Covert Township Park, on Lake Michigan. She liked to cross country ski, water ski, and motorcycle trail ride. She and Judd took great joy and pride in being called “Winter Texans” for thirty years.

A very special celebration for the immediate family will take place this summer when COVID-19 is done. Gret wanted to be there too, but now only her spirit will be. Her mind was called away suddenly.

Receive notifications about information and event scheduling for Greta

There are no events scheduled. You can still show your support by sending flowers directly to the family, or planting a memorial tree in memory of Greta Jeane DeYoung (Masselink).
Plant a Tree

We encourage you to share your most beloved memories of Greta here, so that the family and other loved ones can always see it. You can upload cherished photographs, or share your favorite stories, and can even comment on those shared by others.

Posted Apr 17, 2020 at 03:30pm
Remembering Greta fondly. Dan and I are saddened to hear of her passing. Our condolences to Judd and all the family.

Posted Apr 17, 2020 at 11:59am
I remember many, many good times and many drinks with this wonderful lady! My heartfelt condolences to Judd and her family. (Shicky Deetz) also known as Dicky Scheetz and Nancy. 💚
Comment Share
Share via: 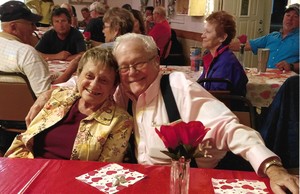