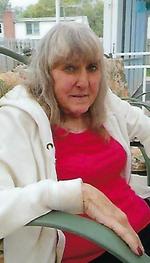 Glen married the love of her life, Thomas Leon Tillery on June 18, 1960. Together they had five children.

Glen was raised with traditional southern values, a deep Christian faith and a strong work ethic, which would help Glen later as a military wife raising five children while her husband was serving his country.

Glen had a wonderful sense of humor. When she smiled you couldn't help but to smile back. She enjoyed spending time outdoors fishing or picking blueberries, she loved birds and her outside critters. She had a green thumb and could plant a flower garden anywhere. And usually did.

Glen had a fierce love and loyalty for her family. She was always there when her family needed her and ready to help at the drop of a hat. She taught her family about strength and love and how to be a honest and a true Christian. Her faith and belief in God helped her through many trials in her life, with more losses than any one person should have to endure. But, she knew that someday she would again be reunited with those she had love and lost.