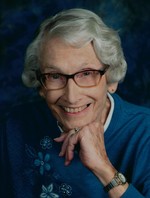 Dorothy Irene (Spencer) Scott, 91, of Allegan and formerly of Casco Township passed away Thursday, July 18, 2019 at Briarwood Assisted Living. Born August 9, 1927 in South Haven, she was the daughter of the late Floyd A. and Corlan (Lyman) Spencer. She married George W. Scott on June 29, 1947 at the family home in Casco Township. Mrs. Scott was a lifetime member of Casco United Methodist Church. She attended Beechdale School in Casco Township as a child, graduated from South Haven High School and later attended Michigan State University. Mrs. Scott worked as a legal secretary for ten years in Bangor and retired from Allegan County as a Deputy Circuit Court Clerk. Throughout her life she had been a dedicated homemaker and mother. She enjoyed teaching Sunday School and volunteering as a 4-H Leader. Mrs. Scott was also a member of the Allegan County Home Extension Women and was the leader of the local group. She loved to participate in Casco Township senior activities and being involved with a multitude of activities at her church.

Along with her parents and her husband, she was preceded in death by her daughter, Patricia Jackson; son, Michael Scott; brother, Donald Spencer; and sister, Barbara Bridges.

Contributions in Mrs. Scott's memory may be made to Casco United Methodist Church or Wings of Hope Hospice.

The family will receive friends at Casco United Methodist Church on Friday, July 26, 2019 from 11:00 AM until 12:00 PM at which time a memorial service will begin.