To share your memory on the wall of David Blanchard, sign in using one of the following options:

David lived his entire life in Pullman, graduating from Bloomingdale High School in 1971. He worked for the Allegan County Road Commission for many years. He operated many types of heavy equipment. His favorite to operate was the Drott and road grader. He also loved to plow snow. In the mid 80’s he drove truck for Bohn Aluminum delivering pistons. He also did some cross-country trucking for a few years. In the early 90’s he started at City Signal, learning to splice fiber optic cable. This allowed him to travel frequently and advance to several managerial positions. David was a very talented man with keen common sense. He started his own metal fabrication shop in the early 2000’s. This was to primarily build trailers for the telcom industry, but also allowed him to do many other projects.

He is preceded in death by his parents, Beulah and TC Blanchard. David is survived by his son, Richard Blanchard; daughter, Karrie Chapman; two sisters, Sally Lacy and Nancy (husband John) Winks; seven grandchildren and one great-grandchild on the way.

A memorial will be held at the VFW in Pullman on Saturday, February 8, 2:00 – 5:00 PM. Family and friends are all invited to share the great memories and the many stories involving David. The family thanks all those that have shared their prayers and condolences.
Read Less

To send flowers to the family or plant a tree in memory of David A Blanchard, please visit our Heartfelt Sympathies Store.

Receive notifications about information and event scheduling for David

We encourage you to share your most beloved memories of David here, so that the family and other loved ones can always see it. You can upload cherished photographs, or share your favorite stories, and can even comment on those shared by others.

Jim and Riley Nowak sent flowers to the family of David A Blanchard.
Show you care by sending flowers

Posted Jan 11, 2020 at 08:08pm
Our Dad,,
He was definitely a one of a kind,, very unique,, intelligent and the greatest dad that anyone could ever have. He was a very honest and hard-working man. There was not a thing in this world that he couldn't fix or make better. His personality was so wonderful even his sarcasm had a quite uniqueness. He made and had many friends in his life,, his most absolute best frienf , was his son,, my brother. A very rare and special relationship that those two shared. I know my brother will remember it forever in his heart he was so very fortunate to have a father who could be his best friend. I also know that my relationship with my father was also very rare and unique there's not a day the rest of my life that I won't think of him he was the most wonderful man that he knew how to explain things to me that no other person could he was not hypocritical he was very honest and he was always there for me no matter what. I love my dad very much and I miss him very deeply. Dad will not suffer or feel anymore pain. I miss him dearly so does my brother. I will always be very thankful to have had him for my dad. All my love. Karrie Ann
Comment Share
Share via:
CB

Posted Jan 08, 2020 at 09:48am
Nancy sorry to hear of your brother passing, you have our condolence, praying for peace and comfort. Craig and Carol
Comment Share
Share via:
JN

Posted Jan 07, 2020 at 06:38pm
Our sincere condolences to the Blanchard family, you are all our in our prayers . Our Deepest sympathies.

Posted Jan 07, 2020 at 08:39am
Knew him well years ago and he was one of the good ones. So sorry to hear of his death , he will be missed by many. May your wonderful memories get you thru the sad times

Paula thank you. Dad and I had just talked about how you always smiled nno matter what! 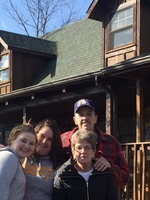 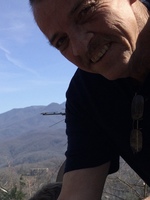