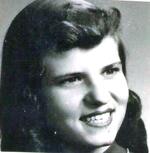 Barbara Jean (VanOrder) Stankey, 83 of Florida, formerly of Allegan, passed away Friday, March 19, 2021 in O’Brien, Florida. Born November 1, 1937 in Allegan, Michigan, she was the daughter of the late Ellis and Gladys (Ewers) VanOrder and the wife of Andrew Lee Stankey. After high school, Barbara went on to drive the local school bus for 31 years, which she thoroughly enjoyed. During this time she had met and fell in love with Andrew “Andy” Stankey and the two married on September 9, 1961. Together they raised their family of three children and had been fortunate enough to enjoy 59 years of marriage before Barbara’s death. While living in Michigan, they were members of the Bravo Community Church. Barbara had a huge heart and time spent with her children, grandchildren and great-grandchildren meant the world to her. She and Andy always felt blessed to be able to be surrounded by their family and the memories that were made will continue to keep Barbara’s memory alive.

Along with her parents, Barbara was preceded in death by her six siblings, Linda Shadoan, Laurel Mason, Paul VanOrder, Kenneth VanOrder, John VanOrder and Ivan VanOrder.

The family will receive friends at the Chappell Funeral Home on Monday, March 29, 2021 from 11:00 AM to 2:00 PM, with a private funeral service to follow. Donations may be made in Barbara’s name to a charity of one’s choice. Barbara will be laid to rest in the Fennville Cemetery, Manlius Township. Chappell Funeral Home is assisting the family with arrangements.